Augmented reality: a technology increasingly present in our daily lives

As augmented reality begins to develop more and more, many sectors are taking advantage of this new technology to integrate it into our daily lives.

Business, medicine, culture, education and video games have all been given the credit for augmented reality.

Augmented Reality in the Everyday World:

Since the 1990s, a new technology has emerged: augmented reality.
Its principle: to immerse its user in an immersive experience thanks to the superimposition of digital content on the real world. Nowadays, more and more users use augmented reality in their daily lives without even realising it.

In general, it is mainly on the smartphone that augmented reality is used. Indeed, it is what allows you, for example, to measure the dimensions of a piece of furniture or a room thanks to the "measure" functionality on IOS, but also to display an itinerary, or even find the location of your car thanks to the rear camera of your smartphone.
For more advanced research, there are dedicated applications, for example Slice provides a virtual pattern in the shape of a pizza, allowing you to cut exactly the number of slices you choose. Other platforms such as Ikea Place will allow you to decorate your environment and visualise your future purchases at home. But applications such as Skyview, which are more astronomy-oriented, will also allow you to identify stars or constellations with your smartphone.
However, augmented reality can also count on sportsmen and maintenance professionals to support its use. It is through glasses that augmented reality has manifested itself for them. A tool that allows them to have their hands free while obtaining information on their physical efforts and on the steps to take regarding a device. A real technological asset, which offers them the possibility of doing several things at the same time: analysing their data and implementing what is announced. 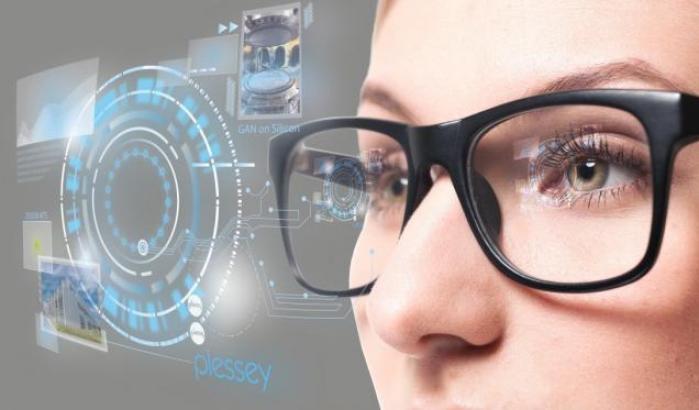 Augmented reality in the field of culture, education and the environment:

Augmented reality is therefore a benefit for society as a whole, as it is present in everyday life. Nevertheless, augmented reality also interacts with essential notions such as culture, education or the environment. To continue to educate, and to move in a different way, is what these different sectors wanted to do.

Indeed, it is in the field of culture that augmented reality has made its appearance. Some international museums such as the MET, the Musée d'Orsay or the Olympic Museum have set up virtual tours featuring certain exhibits and animals, using image recognition, which, with the help of a camera, detects the monument and then displays a precise description of it on the screen.

This principle is also available on the Art & Culture developed by Google, which allows its users to visualise certain prehistoric animals in 3D. A realistic visual interaction allowing them to acquire more subscribers.

These virtual tours have also had a positive impact on ecology, because as the Graceland Museum in Memphis points out, many visitors cannot access them because of their geographical distance. This is why it is counting on the accessibility of this system to attract more foreign visitors. This solution is beneficial to the museum's profitability but also to the environment, since it reduces the number of journeys and therefore pollution. It should also be noted that more and more events are held virtually, thus contributing to this change.

In addition, augmented reality is also used for educational purposes, as some textbooks have gone digital and interact with a smartphone to provide multimedia content. The press and media also use this system but through a QR code displaying additional information or showing 3D objects related to the written article.

The possibilities of augmented reality developing the business and digital marketing of some shops:

Augmented reality is also used for its multitude of possibilities, so it can be adapted and personalised according to the desires of each person. This is what companies have understood. Indeed, different brands use this tool to promote their products and thus push the consumer to buy. A marketing tool appreciated for its commercial quality.

Among the different services offered by augmented reality, here are the ones used by companies:

👉🏻 Virtual fitting: Many large chains such as h&m, asos, l'oréal, or optic 2000 have offered to have their users test their products directly on themselves.

👉🏻 Augmented reality product viewing in the user's environment: thanks to the Ikea Place app, each customer can now try on the models they are interested in in their cabin and adjust them to the desired colour and size.

👉🏻 Customer interaction: toy shops are the biggest users with the 3D catalogue principle. They make some of their children's products appear and animate to create a link with their customers

👉🏻 Industrial support: some manufacturers, such as BMW, provide their employees with augmented reality goggles, allowing them to get help on the steps to be followed in the manufacture of a part for example. A valuable aid that has proved effective and is now used in other areas.

From a marketing point of view, augmented reality has also become useful for brands that use it to good effect:

👉🏻 Immersive marketing for information: Like museums, some luxury and jewellery brands set up an open space in their showrooms dedicated to sharing information about the stages of the object's design. This can also concern wine bottles which have a QR code on their labels which specifies their composition as well as the domain where the bottle was designed.

👉🏻 Augmented reality merchandising: this is what Nike recently proposed with its connected mirror principle that allowed visitors to try on shoes without actually trying them on

👉🏻 Promotional marketing: for the case of a competition organised by some companies being done by image recognition as soon as the product is scanned. This is often proposed by soda or biscuit brands in order to get maximum visibility. 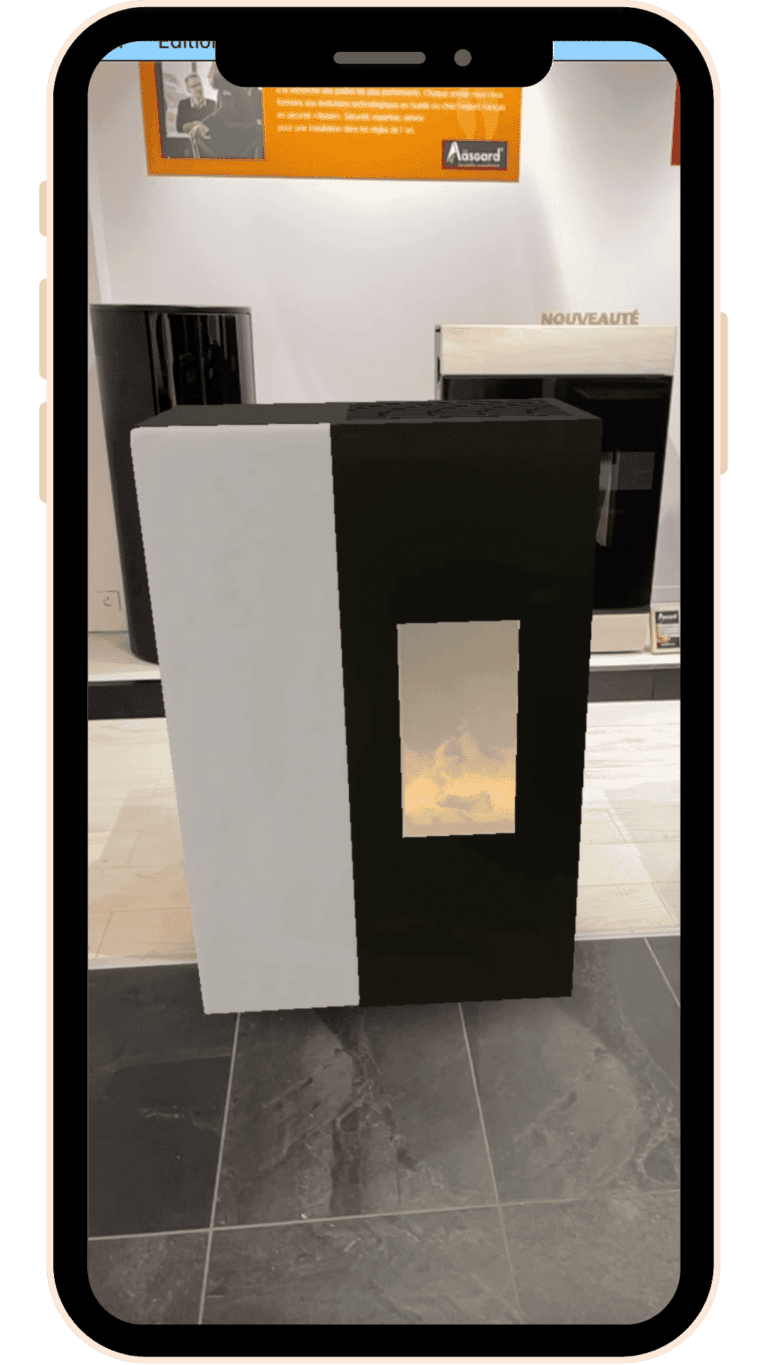 Augmented reality games are obviously an aspect of augmented reality that should not be overlooked. A playful asset developed by many applications. It is especially with the Pokemon Go application that augmented reality became popular. Users could then catch their favourite Pokémon in their environment and then go hunting for them in the most mythical places in their cities.

Recently, Nintendo has sparked interest in the launch of the Mario kart game. This new version, which has been eagerly awaited by fans of the game, will take them straight to the go-kart track of the race.

Different game principles, both taking the user's world and adapting it to the game's characters, were to be implemented.

The advance of augmented reality in the service of medicine :

Thanks to its rich technological progress, and the research of many engineers. Augmented reality is also entering the medical sector. Within a few years, some surgeons will be guided by virtual elements superimposed on the patient's body. However, a French octogenarian has already been operated on by a surgeon equipped with an augmented reality headset. A successful operation allowed the doctor to virtually superimpose the patient's scans during the operation and to see the exact location of the joint directly on her body via a marker. This information tells him, for example, exactly where he should make the incision.

In addition, augmented reality is set to revolutionise optical lenses with the Mojo project. A collaboration between a former Google and Apple employee that was originally intended for the visually impaired but will be sold to the general public in the years to come. In these lenses, a 14,000 pixel screen will be integrated capable of displaying augmented reality elements in an extremely clear manner and controlling the interface, in the manner of Google Glass.

From education to video games, commerce and marketing. Augmented reality is becoming more and more a part of our daily lives and is being adopted by a number of sectors. A technology that is likely to grow even more with the arrival of 5G but also with the expansion of the augmented reality market.

Boost your visibility on social networks with our filters !